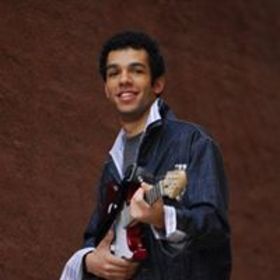 My name is Jeremy Martin. Right now I attend college at University of Arkansas at Little Rock where I am the school mascot. I am currently double majoring in International Business and Music Composition. During the Spring/Summer I am also another mascot for the Arkansas  Travelers.

I like to sing, act, dance, play piano and guitar. Sometimes I play piano downtown. If you go to SoundCloud.com/jeremyimartin you will see some of my original pieces which have landed me a record contract.

On my free time I like to run, hike, swim and bake cookies as well as cakes. I have a news comedy show called “Jeremy’s Wacky News” which was inspired by my hero John Stewart. I try to be funny anyway.

Someday I want to have several businesses around the world. Among them include a bank, airline, clothing line, shoe line, cologne line, perfume line, dairy farm, restaurant, and soda (I have an idea for three new sodas). I have many other goals as well. I also have ideas for NEW inventions that would just blow people away (put it this way – I thought of a 3D TV in 1994) and two all-new TV show dramas that the whole family will love. Finally, I’m working on the most controversial book of the Millennium. It is more controversial than The DaVinci Code. But if none of this works out then I’ll just be a teacher in a few years…

University of Arkansas at Little Rock