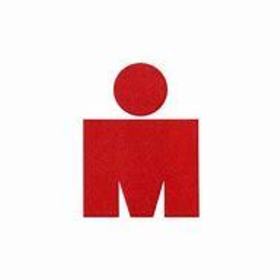 MAJ Stephens obtained his commission by direct accession as a chaplain in NY Army National Guard in 2012. The professional basis for direct accession was ordination in the Evangelical Lutheran Church in America in 1995, and parish ministry and chaplaincy service continuously since then. He obtained a BS in counseling from Excelsior College, NY an MDiv from Pacific Lutheran Theological Seminary at California Lutheran University, am MS in counseling from the University of Rochester, NY, a PhD in Education from the University of Rochester, NY and a JD from Pace University Law School, NY. He is licensed in NY State as a mental health counselor, and is admitted to practice law in NY State and is admitted before the Southern District of New York. He is also a graduate of the former Merchant Navy College, in London, England. He completed Chaplain Basic Officer in 2012 at Fort Jackson, SC, and Captains Career Course also at Fort Jackson, SC in 2017. He was class leader. He was first assigned to 501st (EOD) Ordnance Battalion in 2012 as Battalion Chaplain, but was attached to 1-258 Field Artillery with Joint Task Force Sandy in response to Superstorm Sandy. In 2013 he transferred to 101st Expeditionary Signal Battalion, with whom he deployed to Afghanistan as Battalion Chaplain. In late 2013 he was assigned to 3-142 Assault Helicopter Battalion. In 2014 he was re-assigned to 101st Expeditionary Signal Battalion in response to two traumatic deaths that rocked the Battalion, and he was qualified in traumatology. In 2017 he was transferred to 42nd Infantry Division Combat Aviation Brigade as the Brigade Chaplain. MAJ Stephens currently serves on State Active Duty as a chaplain to Joint Task Force Empire Shield, a counter-terrorism mission in the New York City environs. His military awards and decorations include three awards of the Army Commendation Medal and an award of the Army Achievement medal. He is married to Dr. Lisa Stephens; who is head of Biology and Physical Sciences at Marist College, NY. They have three children. He has completed seventeen marathons, five Half Ironman triathlons and an Ironman triathlon, which was in 2017.

Major General Anthony P. German, the Adjutant General for the State of New York, announces the recent promotion of members of the New York Army National Guard in recognition of their capability for...

September, 20 2018 - Verified by New York National Guard
Anthony Stephens was recognized for earning a spot on the Dean's List

MS, 2000
Added by Anthony
Anthony Stephens was recognized for graduating