Majoring in Musical Theatre, Minoring in Dance
Rockford University , Class of 2016
From Milford, IN

Ian Brumbaugh of Milford, IN has been cast in "Company", Stephen Sondheim's landmark musical. "Company" is a sophisticated and frank story of finding love in the modern urban landscape. On the nigh...

The Rockford University Vocal Collective is a select, mixed choral ensemble of 15 singers that performs a wide variety of choral literature, from Renaissance polyphony to jazz and popular music.

"Babes in Arms" concerns a young man and woman who put on a show with their friends to avoid having them be sent to a work farm, since their parents are out of work vaudevillians. Ian Connor, a jun...

November, 18 2014 - Verified by Rockford University
Actor/Choreographer/Stage Manager/Marketing at Interlakes Summer Theatre
West Side Story, A-Rab Addams Family, Ensemble Sister Act, Ensemble Choreographer of Children's Theatre Season: 1) Pinkalicious Musical 2) Flat Stanley Musical 3) School House Rock Live Musical Assistant Choreographer: 1) Seussical The Musical Created Promotional Videos/Images for Main Stage Productions
June 2015 - August 2015
Actor/Marketing at Ocean Professional Theatre Company
I began the season as a dancer in the ensemble of Call Me Madam. Then, we moved into Singin' in the Rain and Cinderella in which I played The Production Tenor and Prince. The fourth project was Chicago (Judge/Dancer). Crazy for You was a highlight of the summer playing Custus/Perkins and dancing Susan Stroman Original. I ended the season as Ted Hinton in the New Jersey Professional Premier of Bonnie and Clyde the Musical. Other responsibilities: Creating Promotional Video material for Mainstage Productions. Leading Children's Theatre dance workshops. Hired Through: Strawhat Auditions, NYC 2014
June 2014 - August 2014 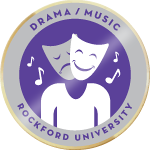 Ian was awarded this badge for 3 achievements. Click on the stories below to view them.