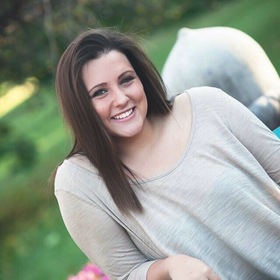 Graduated from Champaign Central High School in 2014. After getting accepted UIUC, as well as Parkland, I decided to enroll in the Parkland Pathway Program to the University of Illinois. I began as an Actuarial Science major, but switched to Economics my sophomore year. I love math, especially statistics. In high school, I was a part of the National Honor Society, Student Council, and the Disability Awareness Club. I was a band member for all four years and in marching band for two years. I played on the Central volleyball team my Freshman and Sophomore year. At Parkland, I am a part of, and hope to be an officer of Club Access, which is a disability awareness club as well. I will be transferring to the University of Illinois full-time in the Fall of 2016.

Parkland College announces the following candidates for the college's 49th Commencement Exercises. The ceremony will be held Thursday, May 12, at 8 p.m. at Krannert Center for the Performing Arts i...

Parkland College congratulates Lauren Hurt of Savoy, who was named to the school's Dean's List for fall semester 2015. Students must earn a minimum grade point average of 3.5 on a 4.0 grade scale...

January, 26 2016 - Parkland College
Lauren Hurt was recognized for earning a spot on an honors list

I was considered an honors student all through high school. I took honors level courses and took two AP classes my senior year, AP English and AP Statistics.
Fall 2010 - Spring 2014 - Added by Lauren
Summer Apprenticeship at U.S. Army Engineer Research and Development Center (ERDC)
I worked in the sound lab at the Corps of Engineers. I worked with statistics programs and sat in meetings discussing how to eliminate sounds caused by the military at different bases.
June 2014 - August 2014