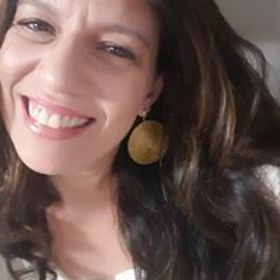 Alumni of University of North Georgia

"Sometimes we just need to remind ourselves how important it is to seize the moment and embrace the given opportunities Sometimes the greatest reward is simply having the certainty that, at least, we have tried" (Author: Patricia Loyola-Elliott - Est. 2008)

Patricia C Loyola-Elliott of Lula, GA, graduated from the University of North Georgia (UNG) during the spring 2018 semester and has earned the Bachelor of Arts in Historyand Bachelor of Science in...

Patricia C. Loyola-Elliott of Lula, Georgia, was among more than 1,700 who made the spring 2015 Deans' Lists at the University of North Georgia (UNG) for achieving a 3.5 grade point average, carryi...

Patricia C. Loyola-Elliott of Lula, GA has graduated from the University of North Georgia (UNG) with a Associate of Arts in History. The university's fall commencement ceremonies were held Dec. 1...

January, 20 2015 - Verified by University of North Georgia
Patricia Loyola-Elliott was recognized for being a member of who's who

University of North Georgia UNG/Career Services Success Spotlights Internship Spotlights Patricia Loyola-Elliott History - The Longstreet Historic Piedmont Hotel & Museum How did you hear about your internship? I first learned about the museum from Dr. Douglas Young, Professor of Political Science and History, here at UNG. I was enrolled in his class and, at the end of the semester, Dr. Young invited the classroom to an extra credit opportunity at the Longstreet Historic Piedmont Hotel & Museum. It turned out to be an amazing learning experience about General James Longstreet, involving aspects of early U. S. History and the American Civil War. I fell in love with the place. When the opportunity came along for an internship in History, I had no doubt that I wanted to be a part of the museums family. What has been the most valuable (or favorite) part of the experience? My library assignment. I had no previous experience working in a library. The museums curator, and my mentor, Mr. Richard Pilcher wanted to reorganize the museums Matthew Reynolds Library. Combining the help from my friends at the museum, from our lovely staff at the UNG library, and the guidance of Dr. Phillip Guerty, I was able to rebuild the librarys structure from a hand-drawn map into an adapted version of the Library of Congress system. Although this is still an ongoing project, it has been a very rewarding and delightful learning experience during my time at UNG. How will this help you in the future? Working for the library project, made me understand even more the importance of the Internship Program. It is not about just having a job related to your field. It is a gifted journey to endless learning possibilities. I am truly grateful for my time at the museum. I look forward to continuing serving them, as a volunteer, after my graduation. Contact: Career Services/GVL Gainesville 678-717-3964 careerservices-gvl@ung.edu Merit Social Media
Fall 2017 - Spring 2018 - Added by Patricia
Patricia Loyola-Elliott was recognized for graduating

Patricia C.E. Loyola-Elliott has graduated with a dual degree in Political Science and History from the University of North Georgia; where she is actively involved. Mrs. Loyola-Elliott graduated with honors. She is currently a member and VP of Public Relations for PTK International Honors Society. She is currently researching political and legal internships. She plans to attend Law School and pursue an International Law Career with Concentration on Immigration, Political and Criminal Affairs.
Fall 2014 - Added by Patricia
Patricia Loyola-Elliott was recognized for earning a spot on an honors list

Patricia C.E. Loyola-Elliott was awarded with a formal congratulatory Merit List letter from Dr. Al Panu, Sr. VP for University Affairs at the University of North Georgia, Gainesville Campus (formerly Gainesville State College). Also in the Spring 2012, due to her merit and dedication, Mrs. Loyola-Elliott received a formal invitation to join Phi Theta Kappa International Honors Society as a Member of this distinctive and well-recognized honors program. (Official: PTK Fall 2012 Ceremony)
Spring 2012 - Added by Patricia
Patricia Loyola-Elliott was recognized for earning a spot on the President's list 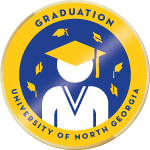 Patricia was awarded this badge for 2 achievements. Click on the stories below to view them.