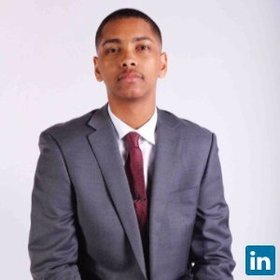 Anthony is a servant leader who works tirelessly to make a difference for others individually and collectively whether in his school, community, region, nation, or the world. He achieves academically and maintains an energy and drive for excellence matched by few. His accomplishments are reflected by the tremendous amount of character, integrity, and distinction he holds. Anthony has served as a keynote speaker at many community, national, and global events; moderator of City Club forums aired on C-SPAN nationally & The Ohio Channel; and traveled as a delegate of the United States in Congresswoman Marcia L. Fudge's congressional student delegation to China two consecutive years in a row. Anthony is Founder and Director of Be The Change Venture, a company that seeks to connect and empower Clevelands youth to be leaders in their community. He is currently studying Government and Chinese language at Wesleyan University in Middletown, Connecticut.

Be the Change Venture (BCV), a nonprofit organization founded and led by Anthony Price '20, has been chosen as a 2019 Changemaker Challenge Winner by T-Mobile and Ashoka. BCV was one of 30 winners...

Anthony Price is part of a venture, Be the Change Venture, that has received a grant from Wesleyan's Jewett Center for Community Partnerships (JCCP) Student Innovation Fund. There are not many fu...

Anthony Price was one of five Wesleyan students to attend the 11th annual Clinton Global Initiative University (CGI U) conference, held Oct. 19-21 in Chicago, Ill. The students were accepted throu...

Anthony Price was recognized this spring with the Chadbourne Prize. It is the gift of George Storrs Chadbourne, Class of 1858, to that member of the first-year class outstanding in character, condu...

May, 16 2017 - Wesleyan University
Founder and Executive Director at Be The Change Venture
We seek to connect and empower Cleveland's youth to be leaders in their community. We believe every young person can fill todays job with the help of networking. As Executive Director I: 1. Manage a team of six individuals that have a strong passion for community involvement, civic engagement, and service. 2. Analyze ongoing problems in communities from Cleveland to Middletown attempting to ameliorate our current approach of empowering youth. 3. Lead and facilitate monthly meetings 4. Network and collaborate; specifically with Solon High School's African American Culture Club in order to carry out the established mission of the organization. 5. Expand membership beyond the high school level up to the undergraduate level.
August 2014 - Present
Partner at The Nerd Culture
We're a T-shirt company that embraces and inspires a generation to "wear you because no one else fits better." Over the past five years from Secretary to President and now Partner I have heavily focused on the company's founding principles.
May 2011 - Present

Anthony was awarded this badge for 3 achievements. Click on the stories below to view them.