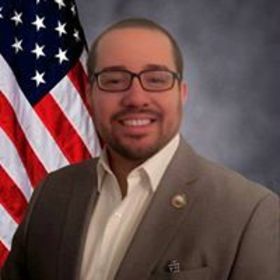 Edwin Garcia, is of Puerto Rican heritage, born and raised in the City of Passaic. He graduated Passaic High School in 2001. In 2014 Edwin completed his undergrad at DeVry University as a summe cum laude with a Bachelor's Degree in Network Communications Management. In 2015, he made a career change from the private sector to become a public school teacher at Passaic Public Schools his Alma mater. In 2016, Edwin began to pursue a Master's degree in Educational Technology at New Jersey City University where he graduated magna cum laude in May of 2019. In June of 2019, he began pursuing a second Master's Degree in Educational Leadership at Montclair University. Edwin completed his Masters Degree at Montclair in June 2020 as a summa cum laude. He was accepted to Liberty University as a Doctoral Student in the Curriculum and Instruction program. Edwin is a Computer Science Teacher at Passaic Public Schools where he was the first to bring Computer Science to the City of Passaic's middle school students. He was nominated twice for Teacher of the Year at Lincoln Middle School in Passaic. He has also been rated a highly effective teacher under Danielson Framework for Teacher and Learning observation model Edwin Garcia is no stranger to serving his community, and currently serves the City of Passaic as Deputy Mayor of Civic Engagement, Information Technology, and Communication. He is very involved in the community, and can be found sharing communications and information on various social media platforms. You can also find Edwin at most city functions with his wife and two boys; he has been a guest speaker at events such as the Coaches Association of Passaic's "Can You Hear Me Now?", and Passaic High School's "Career Day". He also currently serves as the Chairman of the Board for the non-profit H.I.V.E., and Chairman of the Alcoholic Beverage Control Board in the City of Passaic. Edwin is also the Co-Founder of the City of Passaic's Film Festival. It is Edwin's desire to become a leader in education that is able to bring out the best in his students and staff through a secure, caring, and stimulating environment. His philosophy of education is that every child should get a quality education, and that a child's quality of education should not be determined by their socioeconomic status.

October, 22 2020 - Verified by Montclair State University
Edwin Garcia Jr was recognized for earning a spot on the Dean's List