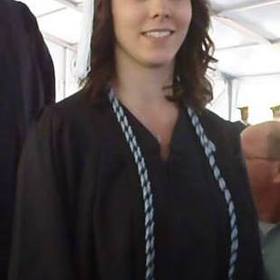 I Graduated in 2013 at Castleton State College in Castleton, Vermont with a Major in Psychology Concentrating in Health and a Minor in Fitness and Sports Science. While at Castleton, I played on the Women's hockey team for all four years. I am now attending The University of British Columbia in Vancouver, British Columbia to gain a MA in Kinesiology. I am in the Cognitive and Functional Learning Lab (LEARN LAB). I am also Assistant Coach of the Midget AAA Fraser Valley Phantom.

Jade Werger of Maple Ridge, BC graduated from Castleton College during the 226th commencement on May 18, 2013. Werger earned a Bachelor of Arts, majoring in Psychology.

Jade Werger has earned a spot on the Castleton College Dean's List for the Spring 2013 semester. To qualify for this academic honor, the student must maintain full-time status and a semester grade ...