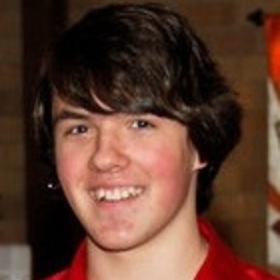 Jonathan Cramer is currently receiving a Bachelor of Music Education from the Wheaton College Conservatory of Music.  Jonathan’s teaching experience includes serving as a teacher aide for advanced voice classes with Christian Youth Theater/Spotlight Youth Theater, and as a choral teacher aide for Andrew Jeffrey at Glenbard West High.  His accomplishments with the Wheaton Conservatory include appearing as the Tenor Soloist in Mozart’s Requiem, conducted by John William Trotter, playing Frederic in The Pirates of Penzance, and serving as an Honors Conductor for the Wheaton College Concert Choir, of which he is a member.  Jonathan also sang as a soli member for the Conservatory’s performances of Bach’s Mass in B Minor, conducted by Maestro Paul Wiens.  Recently Jonathan appeared as a guest conductor of the Chamber Singers at the College of Lake County in Grayslake, Illinois for the college's Fall Choral Concert.  While at Wheaton, he has studied theory, aural skills, conducting, and voice under Daniel Sommerville, Misook Kim, Paul Wiens, Shawn Okpebholo, David Gordon, John William Trotter, and Gerard Sundberg.  He has performed in over thirty musicals, including You’re a Good Man Charlie Brown (Charlie Brown), Seven Brides for Seven Brothers (Ephraim), The Music Man (Ewart Dunlop), Beauty and the Beast (Beast/Prince), andWest Side Story (Federico).  Upon graduation, Jonathan plans to teach as a high school choral director, eventually continuing his education to receive a masters and doctorate of music and pursue a career that includes teaching, conducting, and performing.

Wheaton College (Ill.) student Jonathan Cramer of Lake Villa, Ill. was named to the Dean's List for the Fall 2014 semester. He is majoring in Music Education. To earn Dean's List honors at Wheaton...

Wheaton College (Ill.) student Jonathan Cramer of Lake Villa was named to the Dean's List for the Spring 2014 semester. Dean's List honors are earned at Wheaton by undergraduate students who carry...

Wheaton College student Jonathan Cramer of Lake Villa, Ill. was named to the Dean's List for the Fall 2013 semester. Cramer is majoring in Music Education. Dean's List honors are earned at Wheaton...

Wheaton College student Jonathan Cramer recently performed in "Before the Marvel," the 2013 Christmas Festival presented by the Wheaton College Conservatory of Music. Cramer, a senior from Lake Vi... 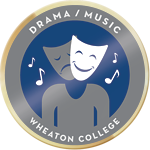 Jonathan was awarded this badge for 2 achievements. Click on the stories below to view them. 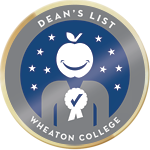 Jonathan was awarded this badge for 3 achievements. Click on the stories below to view them.