Alumni of University of Dayton

More than 1,500 undergraduates received their degrees from the University of Dayton during the spring commencement ceremony.

Congratulations, Jordan, you have been named to the fall 2015 dean's list, which honors undergraduate students achieving a minimum 3.5 GPA for the semester. Your hard work and commitment to academ...

May, 04 2015 - University of Dayton
Jordan Spiegle spent one night at a Dayton homeless shelter to experience the struggles of the poor

Jordan Spiegle of Solon, OH, spent one night at a Dayton homeless shelter to experience the struggles of the poor. The 2013 Homelessness Plunge, part of Hunger and Homelessness Awareness Week at ... 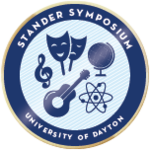 Jordan was awarded this badge for 2 achievements. Click on the stories below to view them.