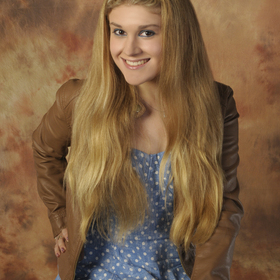 I am eighteen years old and I attend Assumption private, Catholic College. I am a Freshman of the class of 2017. I recently began my second semester of college in late January 2014. I love history, English, and Spanish the most of all of the subjects I have studied in college so far. I am currently taking General Psychology, Introductory Literature, Graphic Design I, West and the World II, Introduction to Journalism, and Spanish 4. I am also a part of the Making the Media Tagaste linkage with Professor Dr. Becky DiBiassio and Dr. Scott Glushien. I am also a resident undergraduate student and I live in Desautel Hall.

I am a Staff Writer for Le Provocateur student newspaper. I am also a published journalist, as I recently contributed to the November 2013 issue of The Worcester Review literary publication as an assistant writer. I plan to become a print journalist upon graduation and as of right now I'm thinking that I might enjoy working at a local newspaper like the Telegram and Gazette (Worcester local paper) or as a citizen journalist for the United States Navy or perhaps the United States Army.

Assumption College has announced that 535 students have been named to the College's prestigious undergraduate Dean's List for the spring 2017 semester, including Kathryn Severance, Class of 2017, f...

Kathryn Severance, of North Brookfield, was one of 653 graduates to receive a degree during Assumption College's 100th Commencement exercises on Sunday, May 14, held at the DCU Center in downtown W...

The Assumption College Department of History has announced that Kathryn Severance has become a member of Phi Alpha Theta, the History National Honor Society. Severance, Class of 2017, was inducted ...

Kathryn Severance, a member of the class of 2017, has been named to Assumption College's Dean's List, one of the school's highest academic honors. To earn a spot on the Dean's List, Assumption stud...

Kathryn Severance, a member of the class of 2017, has been named to Assumption College's Dean's List, one of the school's highest academic honors. To earn a spot on the Dean's List, Assumption stud...

Kathryn was awarded this badge for 4 achievements. Click on the stories below to view them.