Matthew Leichty of Unadilla, N.Y., has been named to the Dean's List at Paul Smith's College for the fall 2015 semester. Leichty, who is majoring in environmental sciences, earned a semester avera... 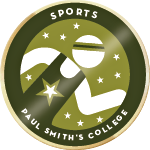 Matthew was awarded this badge for 2 achievements. Click on the stories below to view them.