Amanda Walck of Bowmanstown , PA was named to Cedar Crest College Dean's List for the Fall 2014 semester. Dean's List is awarded each fall and spring...

Amanda Walck of Bowmanstown was named to Cedar Crest College's Dean's List for Fall 2015 semester. Dean's List is awarded each fall and spring to an...

Amanda Walck of Bowmanstown was named to Cedar Crest College's Dean's List for Spring 2015 semester. Dean's List is awarded each fall and spring to any full-time matriculated student who receives ...

Amanda Walck of Bowmanstown was recently inducted into Delphi during spring 2015 semester at Cedar Crest. Delphi is the College honor society for undergraduate students. A student, who at the end ...

Received a donation scholarship for academic success. For one semester.
Fall 2014 - Added by Amanda
Amanda Walck was recognized for being accepted

Merit Scholarship. Receive scholarship as long as GPA stays above 3.5
Fall 2012 - Fall 2015 - Added by Amanda
Amanda Walck was recognized for earning a scholarship

Community Service Scholarship. For those who have an exceptional amount of community service hours. One semester
Fall 2012 - Added by Amanda
Gamma Sigma Epsilon

I participated in fundraisers and the holiday party for the science department.
Fall 2014 - Fall 2015 - Cedar Crest College
Added by Amanda
Kappa Mu Epsilon

I was a regular member until Fall 2015 when I was elected president of the club. We do fundraisers and the holiday party for the science department. Our members are a distinguished group of students from the biological sciences who achieved a 3.8 GPA or higher.
Fall 2013 - Fall 2015 - Cedar Crest College
Added by Amanda
Show More
Conservation Club

This is two clubs in one: conservation club and biology club due to few members in each. I participated in highway clean up and fundraisers.
Spring 2013 - Fall 2015 - Cedar Crest College
Added by Amanda
Health Center Assistant at Girl Scouts of Eastern Pennsylvania
Manage the health center and the other nurses that helped out with camp. Care for any sick or injured children, and make the appropriate medical decisions for them. Give out children's personal medications that were sent by the parents and keep accurate records of when these medications were given. Keep an accurate record of injuries and sicknesses and the treatments provided for each child that needed care. Carry out support staff duties, including supervising other staff, supervising the under 18 year old staff, and giving my support when needed by the staff.
June 2015 - August 2015
Horseback Riding Instructor at Girl Scouts of Eastern Pennsylvania
This was a summer job from June to August 2012-2014. I cared for horses and children around the horses. Taught riding lessons and unmounted lessons. After the barn, I went to help out the unit staff with the girls for late evening activities.
June 2012 - August 2014
Cashier at Country Harvest
Scan groceries and handle money. Clean my working area. Perform the store chores, such as taking out the garbage or cleaning the bathrooms.
March 2010 - January 2013 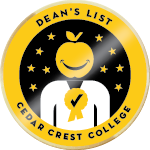 Amanda was awarded this badge for 3 achievements. Click on the stories below to view them.