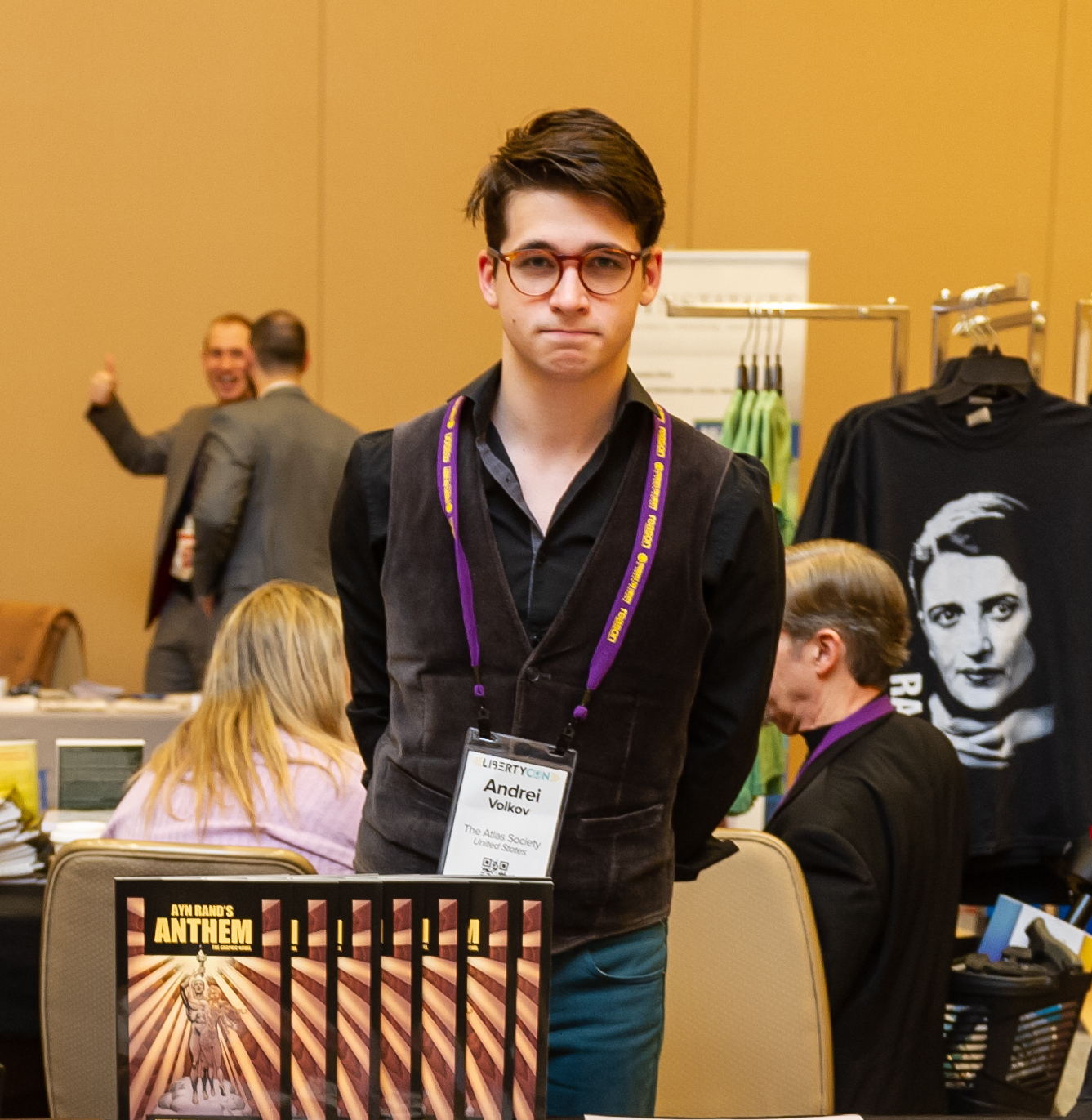 I was born in Moscow, Russia. When I was 15, my family moved to the United States. At Rockford University, I'm studying Philosophy and Political Science. I'm an Objectivist which means that I hold that a) the reality exists independent of any consciousness, b) humans can get objective knowledge about the reality by analyzing the evidence of the senses with their reason, c) every human being should live for his/her own sake (rational egoism), d) in politics, I'm an advocate of free-market capitalism and limited government. I want to get a Ph.D. and become a Philosophy Professor and a political journalist.

Andrei Volkov named as a Distinguished Scholar at Rockford University.