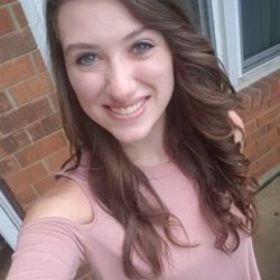 Alumni at University of Kentucky

Brooklyn Knight started college at the University of Kentucky!

The University of Kentucky welcomed its largest incoming class, comprised of 5,396 incoming freshmen, who began their college career the Fall 2019 semester. Brooklyn Knight of Owensboro, KY, is o...

May, 28 2019 - Verified by Owensboro Community and Technical College
OCTC May 2019 Graduates

Across the United States this year only fifteen Phi Theta Kappa (PTK) members are named as Guistwhite Scholars. Owensboro Community &amp; Technical College's Brooklyn Michelle Knight was one of the students selected from more than 2,000 applicants. Sh...

The Owensboro Community and Technical College (OCTC) Dean's List recognizes the academic excellence of students who have earned an overall semester grade point average (GPA) of 3.5 or higher in cou...

Owensboro Community &amp; Technical College (OCTC) held a December commencement ceremony to honor graduates from the summer and fall semesters. 396 students from fall and summer were awarded 588 certificates, 103 diplomas, and 320 associate degrees at ...

Students attended a presentation by Marsha Norman, author of the Fall 2018 Common Read - Getting Out.

This scavenger hunt, sponsored by the OCTC Learning Resource Center (LRC), TRAC, and the OCTC Common Reading Committee, invites participants to locate 17 "cameras," like the cameras in the Common R...

I was accepted into the Early College Program, where I will be a full-time college student working towards my Associates in Science degree while I finish my last two years of high school.
Fall 2017 - Added by Brooklyn
Brooklyn Knight was recognized for earning a scholarship

I was accepted into the Hager Scholarship Program as a student of the Early College Program.
Added by Brooklyn
Track

I competed in Long Jump, the 200 meter dash, and the 100 meter dash in the Apollo Track Team.
Spring 2017 - Apollo High School
Tennis 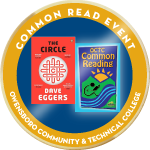 Brooklyn was awarded this badge for 2 achievements. Click on the stories below to view them.