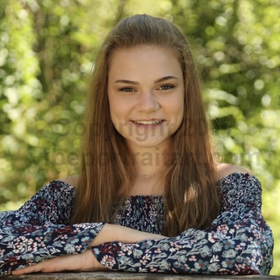 Student at St. Lawrence University majoring in Business in the Liberal Arts/Psychology, minoring in Music

September, 25 2019 - Verified by St. Lawrence University
Caitlin French was recognized for earning a spot on the Dean's List

Achieved an average GPA of over 3.6.
Fall 2019 - Added by Caitlin
Caitlin French was recognized for earning a scholarship

From www.stlawu.edu: "The Vilas Scholarship is an $128,000 scholarship ($32,000 per year) awarded to domestic students who want to complete a St. Lawrence University liberal arts education as preparation for a career in business. The Vilas Scholarship was established in 1976 by the Bodman Foundation of New York City to honor Homer A. Vilas, Class of 1913. Homer Vilas was a successful Wall Street financier, corporate director and businessman during his life. He also was a generous benefactor to many non-profit organizations, including his alma mater, St. Lawrence University. The scholarship assists students financially, but also guides Vilas Scholars as they establish themselves within the St. Lawrence alumni network, expanding their connections to countless business-related fields." Six Vilas applicants are selected as semi-finalists and receive an invitation to New York City as guests of the University. During this event, semi-finalists will interview with an alumni and trustee selection committee. Two or three finalists are typically awarded the Vilas Scholarship, distinguishing themselves as Vilas Scholars.
Added by Caitlin
SLU Funk