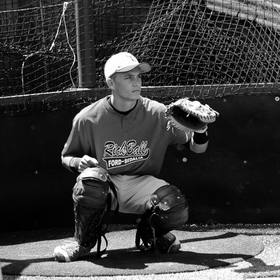 University of Jamestown
From Sedalia, MO

Nicholas Cashman of Sedalia, MO, has been selected to the University of Jamestown's Spring 2020 Dean's List for maintaining a Semester GPA of 3.50 or better.

Nicholas Cashman of , MO, has been selelected to the University of Jamestown's Fall 2019 Dean's List for maintaining a Semester GPA of 3.50 or better.

Nicholas Cashman visited Central Methodist University in Fayette on Tuesday, September 13. A campus visit is a big step in choosing the right college and involves touring campus, talking to faculty...

sing
Sacred Heart High School
Added by Nicholas
Dear Grandpa
Dear Grandpa, Dementia is stealing you, Worse is grandma’s view. You were so tall, Now we fear a fall. We feared the test. You were not at your best, Once our light, Now, not so bright. We lie, So not to cry. Many stay away, To our dismay. All we can do is pray, For the way.
Articles
Who Do You Think of When You Hear the Word Hero?
Story published online in Spring of 2017 Neurology Now BY NICHOLAS CASHMAN Who do you think of when you hear the word hero? Maybe famous athletes, authors, or even politicians. My hero is a little more ordinary, my grandpa Long. My 64-year-old grandfather always loved to hunt, fish, and work on old cars. From the time I can remember, he was taking me out in the old, white boat to fish the point, or any of his other thousand hot spots. The color, purple and white, is imprinted in my head as the only color jig (fishing lure) that works on the lake of the Ozarks. Not only was I with him when I caught my first fish, but he also took me on my first of many hunting trips. I wasn't the best hunting partner. I was barely old enough to walk and kept snacking and falling asleep, but he made sure to wake me every time he saw a deer. At the time, I was too little to shoot a gun big enough to kill a deer, but I shot many a BB from the Red Rider that never left my side. The most memorable hunting trip was in Winner, SD. We spent four days in a small ranch house eating home-cooked meals and walking the countryside shooting pheasant. I will always remember the car shows and festivals we attended in his red '68 California Ford Mustang. Somehow I always ended up holding the trophy his car had won. On these outings, I learned more than how to fillet a fish or shoot a gun. I also learned to do it the right and honest way. His entire life Grandpa worked as an electrical lineman which meant he was the guy who would lace up his boots at 3 am when the phone rang and go out into the thunder or snow storms to get the lights back on. He would travel to different states and work long hours restoring power. He didn't like working on holidays, but would do it anyway because it meant he'd have more money for his family. One weekend long before I was born, a call came in the middle of the night, and it wasn't work. It was his sister saying their parents had been killed in a home invasion. It changed Grandpa. He no longer wanted to go out and fish the point or sit in a deer stand or take his car to a show. He did continue to pheasant hunt in memory of his father, but he could barely function. He went on like this for years until he got word from my mom that she was pregnant with me! It was almost like he awakened from a fog. He had a renewed interest in just about everything he planned to do with me. In 2005, after my grandparents traveled to the United States Supreme Court to hear a case related to my grandparents' murder, grandpa noticed he lost his sense of smell. He began to kick at night and talk in his sleep. The doctors thought for sure it was posttraumatic stress disorder resulting from his parents' murders. In 2013, as my grandparents were on their way to a holiday in Mexico, my grandpa had an anxiety attack he couldn't shake. His regular doctor ran some tests on him and sent them to a neurologist, who diagnosed him with Parkinson's disease. A few months passed and my grandma thought the diagnosis didn't seem right. They went to see another neurologist who ran more tests and came back with a new diagnosis: dementia with Parkinsonism features. They took the test results to Washington University in St. Louis where he was finally diagnosed with Lewy body dementia. I found out one evening in 9th grade. My mother called me down to the living room and said we needed to talk. I figured I was in trouble or something. She tried to explain that her dad, my grandfather, was ill. My fishing partner, my hunting guide, and my idol had been diagnosed with an incurable disease of the brain.The reason he is my hero? Because not once have I heard him complain about anything, not his stiff joints or how his mind slips. He has never used his illness, or the loss of his parents, as an excuse for something he can't do. Every year during deer season, we wake up early on a brisk Saturday morning, and head to the woods. He doesn't last as long in the cold, but he never leaves my side, even if that means parking the truck next to my stand and running the heater at full blast. We also still enjoy fishing for crappie, a North American freshwater fish, off the point on the weekends. When his hands shake, he jokes that the fish like it. When we go in the boat, I drive and remind him to wear a life jacket. Now that he no longer drives his truck, I drive it. He struggles with clothing and walking, but he still wants to go anywhere we go. Now our roles are reversed. It's my job to do what he did all these years: sustain his love of the outdoors and keep him safe while we do it. Nicholas Cashman is a junior at Sacred Heart School in Sedalia, MO. He is very active in baseball, football, hunting, and fishing.
Articles 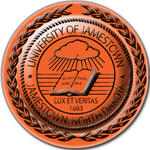 Nicholas was awarded this badge for 2 achievements. Click on the stories below to view them.