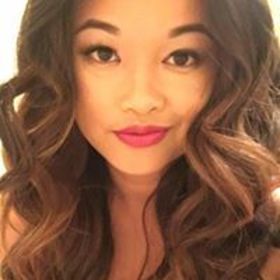 Student at Western New England University majoring in Communication with a concentration in Public Relations, minoring in Management

Experienced Specialist with a demonstrated history of working in the military industry. Skilled in Photography, Editorial Photography, U.S. Department of Defense, Customer Service, and Photo Shoots. Strong and professional who graduated from Cornerstone Christian School.

Czarina Feliz S. Sabitsana has been named to the President's List at Western New England University for the Fall 2018. Sabitsana is working toward a Bachelor of Arts in Communication/Public Relatio...

Czarina Feliz Sabitsana has been named a Peer Advisor for the 2018-2019 academic year at Western New England University. Peer Advisors are a highly select and comprehensively trained team of stude...

Czarina Feliz Sabitsana has been named to the Dean's List at Western New England University for the Spring Semester 2018. Sabitsana is working toward a degree in Communication - Public Relations. ...

Czarina Feliz Sabitsana, of Hampden, MA (01036), has been named to the President's List at Western New England University for the Fall Semester of 2017. Sabitsana is working toward a degree in Comm...

Self taught. Experienced with boudoir, editorial, and portraiture. Growing portfolio with other types of photography.
Website: http://www.czarinafeliz.com/

Tactical Air Controller, Pearl Harbor, Hawaii (09/2014-09/2016)
Provided 300 hours of safety of Elight advisory for 12 aircraft, 50 Operations OfEicers, and 8 Operations Managers with zero personnel casualties
Conducted 100+ Elight objective briefs to 2 Operations Managers and 12 Operations OfEicers which were executed successfully
Effectively responded to one in Elight emergency with no personnel incident and damage to aircraft
Damage Control Of3icer, Pearl Harbor, Hawaii (06/2016-09/2016)
Performed 500 scheduled maintenance on time which resulted in zero
equipment casualties
Assisted and coordinated with 15 Damage Control OfEicers with
maintenance to ensure weekly scheduled maintenance is completed on
time
Mentorship Coordinator Pearl Harbor, Hawaii (03/2016-09/2016)
Ensured that 24 sailors had a mentor within 3 months upon their arrival to the command
Maintained all mentorship agreements for a year
Created an Excel spreadsheet that displayed sailors delinquent on their
paperwork and current mentorship agreements Floor Supervisor, Pearl Harbor, Hawaii (02/2016-09/2016)
Supervised 12 personnel as they performed their duties which resulted in the safety of navigation of the ship with zero mishaps
Coordinated with Eive departments to ensure the Eloor has the most up-to- date information
Ensured that all equipment is operating properly, submitted trouble tickets for any damaged equipments, and followed up with any existing trouble tickets
Trained sailors how to properly and effectively perform their duties Department Training Coordinator, Pearl Harbor, Hawaii (12/2015-09/2016)
Managed four work centers quarterly and yearly training schedule
Enforced the submission of monthly training reports and the training
policies and instructions
Conducted 20+ work center training which resulted in increased work
center productivity, efEiciency, and effectiveness Database Manager, Yokosuka, Japan (07/2012-05/2014)
Supervised, created, and managed over 300 meetings which enabled optimal personnel awareness of over 200 ships and aircraft and seven multilateral and joint exercises
Led, supervised, trained, and mentored 11 subordinates which increased effectiveness and productivity
Demonstrated ability to understand and follow instructions to successful conclusions
Supply Manager, Yokosuka, Japan (01/2013-05/2014)
Managed and coordinated a budget of $60,000 for supplies and saved
$8,000 during constrained budgets
Made spending decisions, and processed and tracks requests, invoices and
expense reports to meet and manage multiple requirements
Created spreadsheets and power points on Microsoft Excel and
PowerPoint, tracking all past and ongoing requests Seaman, Yokosuka, Japan (05/2010-07/2012)
Assisted in the execution of over 40 parties for prestigious nationals from over 20 countries which resulted in improved foreign relations
Maintained and preserved 15 spaces with no cost to productivity which resulted in enhanced efEiciency 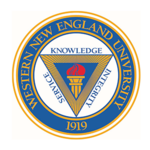 Czarina Feliz was awarded this badge for 3 achievements. Click on the stories below to view them.