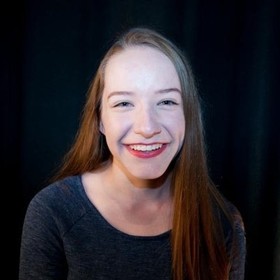 Student at Carthage College majoring in Communication, minoring in Theatre

Carthage College has named Elaina Dague from Homewood to its dean's list for academic excellence during the fall 2019 semester. Dean's list honors are accorded to Carthage students who achieve a mi...

Carthage College has named Elaina Dague from Homewood to its dean's list for academi...

Carthage College has named Elaina Dague to its dean's list for academic excellence during the fall 2018 semester. Dean's list...

Elaina Dague of Homewood participated in Carthage College's annual Christmas Festival. Yearly, Carthage College invites the community to celebrate the joy of the holiday season at the annual Carth...

Carthage College has named Elaina Dague to its dean's list for academic excellence during the spring 2018 term.

Carthage College has named Elaina Dague to its dean's list for academic excellence during the fall 2017 semester. Dean's list honors are accorded to Carthage students who achieve a minimum 3.5 gra...

Yearly, Carthage College invites the community to celebrate the joy of the holiday season at the annual Carthage Christmas Festival, three performances of readings and music in the A. F. Siebert Ch...

Carthage College in Kenosha, Wisconsin, has named Elaina Dague of Homewood to its De...

Carthage College in Kenosha, Wis., has named Elaina Dague to its Dean's List for academic excellence during the fall 2016 seme...

Yearly, Carthage College invites the community to celebrate the joy of the holiday season at the annual Carthage Christmas Festival, three performances of readings and music in the A. F. Siebert Ch...

The incoming group of new students includes approximately 737 freshmen and 83 transfer students. They come from 17 U.S. states and seven foreign countries and territories. It is the most diverse cl...

Elaina graduated from Homewood-Flossmoor High School in May of 2016.
Spring 2016 - Added by Elaina
Show More
Elaina Dague was recognized for studying abroad

Elaina toured Europe with the H-F Master Singers. The choir performed in Budapest, Vienna, Bratislava, and Prague in Hungary, Austria, Slovakia, and the Czech Republic, respectively.
Spring 2016 - Added by Elaina
Elaina Dague was recognized for earning a spot on an honors list

Earned Honors or High Honors every semester at Homewood-Flossmoor High School. "To be eligible for High Honors, students must be enrolled in at least five classes and achieve all As. Students who are enrolled in at least five classes and receive at least two As and no grade lower than a B are eligible for Honors."
Added by Elaina
Elaina Dague was recognized for earning an academic award

It is the duty of Student Government to ensure a voice for the student body, to work with the administration and faculty of the College, to ensure the high quality of life students deserve both academically and socially, to ensure that the policies of the College are in agreement with the beliefs of the students, and to nurture quality leadership within student organizations. Student Government is composed of an Executive Board, a Student Senate, and four standing committees. The Budget and Finance Committee oversees all requests for Student Government funding.
Summer 2019 - Fall 2019 - Carthage College
Added by Elaina
Carthage Chorale

Elaina is a founding member of the First-Generation Organization, also known as 1G. She has served as Secretary of Communications, Treasurer, Interim Executive, and Web Master for the organization. Her duties included developing and submitting a semesterly budget in accordance with guidelines, taking detailed meeting minutes, assisting with events, and creating and maintaining a website for 1G. Elaina helped resuscitate the cub from a brief hiatus in fall of 2019.
Winter 2017-2018 - Fall 2019 - Carthage College
Added by Elaina
Success & Engagement Peer Coach

Peer coaches are full-time, undergraduate students who are assigned to a section of College Success Seminar in order to support first-year students in their academic and social transition to college. This is accomplished by engaging students both in and out of the classroom, promoting, and encouraging student participation in various campus events and organizations, and serving as classroom assistants for their designated College Success Seminar section. Coaches reflect good standing with student conduct and represent the diversity of the Carthage community.
Fall 2017 - Spring 2018 - Carthage College
Added by Elaina
The Current

The Current is Carthage College's student run newspaper. Elaina's responsibilities as Arts and Entertainment/Opinion editor were to report on current and local news and edit the articles of others for grammar and clarity.
Spring 2017 - Fall 2017 - Carthage College
Added by Elaina
Show More
Alpha Lambda Delta

Alpha Lambda Delta is a nationally certified First Year Honor Society. Full-time students must have earned a GPA of 3.5 or higher and should be in the top 20% of their class.
Spring 2017 - Spring 2018 - Carthage College
Added by Elaina
Relay for Life

Carthage Treble Choir is the ensemble composed of treble voices. Elaina has been a member of this musical group every semester and was invited to perform at Chicago Symphony Orchestra Hall three times.
Fall 2016 - Fall 2019 - Carthage College
Added by Elaina
Viking Choir

Carthage Women's Ensemble is a choral group at Carthage College. Elaina has been a member of the ensemble every semester of her college career.
Spring 2016 - Fall 2019 - Carthage College
Added by Elaina
Seminar in Teaching and Learning Tutor

Elaina was a Science Olympiad member in 2012, However, after her freshman year, the club was almost disbanded. Luckily, Elaina took action against shutting the organization down and managed to resuscitate Science Olympiad at Homewood-Flossmoor High School. During her time at high school, the club more than septupled in terms of participation. Science Olympiad is still going strong at Homewood-Flossmoor today. Elaina was an officer for 3 years (Vice President for one year, and President for two.)
Fall 2012 - Spring 2015 - Homewood Flossmoor High School
Added by Elaina
Theatre

As a Resident Assistant, Elaina serves as a role model and resource to the residents of the building. Her objectives in this role are to establish a positive community and learning environment where students can grow and support one another. She collaborates with fellow Resident Assistants and staff to further improve the Residential Life and overall community of Carthage College.

August 2018 - May 2019
Social Media manager at The ScribbleBooks Company, Inc.

Elaina worked as Social Media Manager for the ScribbleBooks Company, Inc. during the summer of 2018. She scheduled and published daily posts across an array of social media platforms, interacted with customers and visitors, and developed the online presence of the company.

Elaina worked as the Arts and Entertainment/Opinions Editor for Carthage College's newspaper, the Current. She wrote articles on current events and edited the work of her peers for grammar and clarity.

In her role of Assistant Station Manager for Carthage College's student run radio station, Elaina collaborated on the formulation and submission of the semesterly budget, co-called and co-presided over all general and executive board meetings, recorded and sent out detailed meeting minutes, worked as a DJ at events on campus, attended conferences in Chicago and New York, set policies and procedures for the station, and served as a liaison between Carthage WAVE Radio, administration, and all members. Through hosting her own weekly radio show, Elaina formed a working knowledge of all programs associated with the operations of the station, including but not limited to the encoding and editing software, as well as a working knowledge of recording equipment and other radio technologies used. Previously, she held the roles of secretary and interim technical director.

September 2016 - Present
Performer and Vocalist at The ScribbleBooks Company, Inc.

Elaina works seasonally as a performer and vocalist for the ScribbleBooks Company, Inc. Her duties are to engage and entertain children through interactive song and dance, perform with the company at multiple branches of the Chicago Public Library, and she also did voice-over work in promotional videos for children's toothpaste and vitamins through the company.

Elaina worked as an intern at the Homewood Science Center during the summer of 2016. Her duties were to construct online surveys, manage the Science Center's signature "Pop-Up Science" activities, and interact with children and their families.

Elaina has worked customer service and as the lead sales representative at Hypnotize Pies since January 2016. Her responsibilities are to interact with customers and represent the company during Homewood Farmers Market. 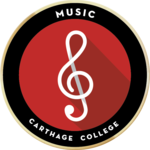 Elaina was awarded this badge for 4 achievements. Click on the stories below to view them. 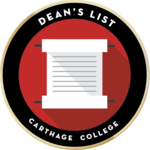 Elaina was awarded this badge for 7 achievements. Click on the stories below to view them.