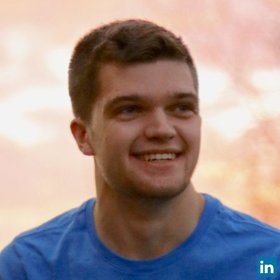 A Cinema and Photography major and Park Scholar at Ithaca College, Hudsons skill set combines a high degree of technical knowledge with creativity, leadership, and effectiveness in teams. Hudson has brought his filmmaking expertise to both non-profit and corporate organizations. He served as the primary cinematographer for a large-scale project to benefit the historic Caffe Lena, filming over 20 renowned folk artists. He has also worked as an intern and employee for Galileo Media Arts, focusing on the production of marketing and promotional pieces. Experienced in freelance work as well, projects have included video production for Cornells Johnson School of Business, the creation of a mini-documentary for the Uncommon Grounds coffee shop, and the editing of a high-end fashion showcase which was shown at the Italian Embassy. Currently, Hudson volunteers with 180 Degree Consulting, working with downtown Ithacas Cinemopolis movie theater to develop new marketing strategies. At Ithaca College, Hudson has worked with ICTV as Cinematographer for the promotional teams advertisement of election day coverage, and he was recently chosen to direct ICTVs station promo. He has worked with Brandforming, Saratoga Film Academy, and Galileo Media Arts, as an intern and staff member. In his hometown of Saratoga Springs, Hudson founded Kid DJ, a successful DJ business which has now been in operation for over 10 years. Hudson also enjoys teaching, serving as an instructor for after school film programs and summer camps through the Saratoga Film Academy. Most recent showreel:

Hudson Payer a Cinema & Photography major, was named to the Dean's List in Ithaca College's School of Communications for the spring 2017 semester.

July, 28 2017 - Verified by Ithaca College
Hudson Payer was recognized for winning a scholarship

Park Scholarship - Selected for a four-year, full merit scholarship at Ithaca College for students who have exemplified making a positive impact on the world through media and service. Scholar Bio: http://www.ithaca.edu/parkscholars/scholarprofiles/2020/?item=11030
Added by Hudson
ICTV Promotions