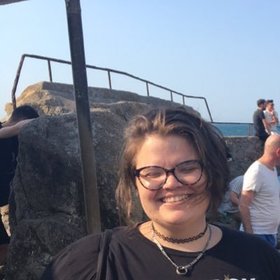 Elizabeth Belnap of New York has been named to the Spring President's List at New York Institute of Technology. Belnap made the list while working toward a degree in English (BA). Belnap was on...

Elizabeth Belnap of New York was among 2,769 students who received degrees as graduates of the NYIT Class of 2019. Belnap's BA degree is in English.

...eet through May 24. View a complete listing of projects. By Elizabeth Belnap More Features All Features May 17, 2019 M.F.A. Students Show...

May, 17 2019 - Verified by New York Institute of Technology
The New York City Campus Buzzes With Inspiration During Creative Tech Week

...Fueling the Next Wave of Innovation conference on May 8. By Elizabeth Belnap More Features All Features May 17, 2019 M.F.A. Students Show...

...aditional Mexican dances with her dance troup, Manhatitlan. Elizabeth Belnap is a senior in the College of Arts and Sciences and plans to...

Elizabeth Belnap was among 162 student researchers who presented their work at New York Institute of Technology's "SOURCE" (Symposium of University Research and Creative Expression), sponsored by N...

Elizabeth Belnap of New York was named to the New York Institute of Technology Fall 2018 Presidential Honor List. Belnap, who is studying English, was among 1,046 students named. To qualify, candi...

Elizabeth Belnap of New York was named to NYIT's Spring 2018 Presidential Honor List. Belnap, who is studying English, was among 867 students named. To qualify, students must earn a GPA of 3.7 or ...

Elizabeth Belnap was among twenty New York Institute of Technology (NYIT) students who received a prestigious Presidential Global Fellowship from the institution. Belnap's fellowship was completed...

August, 15 2018 - Verified by New York Institute of Technology
Elizabeth Belnap was recognized for earning a spot on the President's list

Fall 2017 - Spring 2018 - Added by Elizabeth
Imperial Decay: Dorian Gray As the Picture of the British Empire (SOURCE Spring 2018)
This paper examines Oscar Wilde’s The Picture of Dorian Gray in the context of the British Empire and the exploitation of colonized people under British reign. Through research into the history of the British Empire, the artifacts and knowledge that Dorian Gray collects, and the role opium played in British colonialism, I show that Wilde depicts British culture (particularly British aristocratic culture) as dependent on violent exploitation of colonized peoples. The Picture Of Dorian Gray is the story of a young, breathtakingly beautiful man. When he wishes his portrait could grow old and tired instead of him, he unknowingly gets his wish. When he realizes what has happened, the protagonist goes through his life selfishly, leaving a trail of corruption and death. His corruption and debauchery go hand in hand with his materialism; he spends an entire chapter collecting artifacts and treasures from all over the British Empire, decorating his home with symbols of violent, exploitative colonialism. Furthermore, he spends the entire novel, spanning eighteen years, addicted to opium. The story ends with Dorian, unable to face the horror and guilt of his actions, destroying the painting that has aged in his place, and dying at its feet, his body suddenly old and decrepit. Dorian Gray’s death mirrors the way the British Empire could not continue to ignore with impunity the horrors they were inflicting.
Conferences 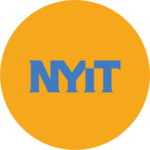 Elizabeth was awarded this badge for 6 achievements. Click on the stories below to view them.