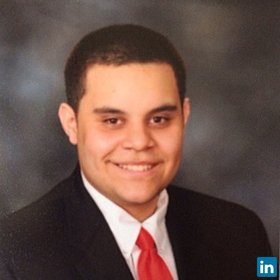 University of Hartford, Class of 2017
From Norwalk, CT

Matthew Brown of Norwalk graduated from the University of Hartford on Sunday, May 21. Brown, a cinema major in the University's College of Arts and Sciences, received a Bachelor of Arts. The Univer...

June, 20 2014 - Verified by University of Hartford
Summer Intern at Sirius XM Radio Inc.
June 2015 - Present
President at Zeta Upsilon Chapter of the Theta Chi Fraternity
I oversee the general operation of the chapter and the performance of his fellow officers and shall serve as a representative of and spokesman for his chapter. As the President of the Zeta Upsilon Chapter of the Theta Chi Fraternity, oversee the operations of the fraternity. Elected as a sophomore, I am able to lead by example by creating clear short-term and long-term goals for the chapter. Some of my accomplishments as President is enforce an alcohol-free rush process and it resulted into the biggest pledge class in my fraternity’s history in 4 years. I also help enforce a demerit system with my vice president and re-establish our standards board to hold brothers accountable for their actions.
December 2014 - Present
Tour Guide at Red Key Society (University of Hartford Admissions Department)
I was a Student Ambassador working as a Tour guide for the University. The Red Key Society is the group that organized all of the tour guides on campus. I was able to meet and greet prospective students and their parents from all over the country. I was able to promote the University as a whole, inform various audiences on what the University had to offer, and learn how to speak publicly and confidently in front of large crowds when giving a tour.
January 2014 - Present
Show More
Producer/Writer/Crew Member/ News & Weather Anchor/Reporter at STN Television 2 Network
• Student Television Network 2 (also known as STN2) is a student-run television network at the University of Hartford. At STN2, hold various positions for the show either in front of the camera or behind the camera. My biggest accomplishments at STN include earning my anchor rights my 1st semester freshmen year and becoming a Producer my first semester Sophomore Year. Being whenever I was on camera as an Anchor or Reporter, I have learned how to entertain audiences as well inform them on certain events. I have also learned how to improvise in front of the camera if I am not able to use a teleprompter. As a Producer of the show, I organized the entire broadcast (excluding sports) from the start to the finish. I create a script/run-down that featured each news story/VO/SOT/ and Reader. I assigned the Weather Anchor and writers for the show as well. During the broadcast, I would direct/communicate with the on-air talent of the show while the broadcast was live.
October 2013 - Present
Co-Creator/Host of "The Bro Circle" Radio Talk Show at WSAM 105.3 Univeristy of Hartford Radio Station
During the fall of my 1st semester at the University of Hartford, My friend and I created a Radio Talk Show called “The Bro Circle”. The Bro Circle is a weekly talk show where my co-host and I would discuss various topics of everyday student life and pop culture.
October 2013 - Present
Cinema Student at University of Hartford
September 2013 - Present
Show More
P.O.S. Associate at Kohl's Department Stores
As a point of sale associate for Kohl’s (Cashier) I was able to learn great customer service skills as well service the Kohl’s customers as a whole.
March 2012 - Present 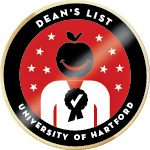 Matthew was awarded this badge for 6 achievements. Click on the stories below to view them.