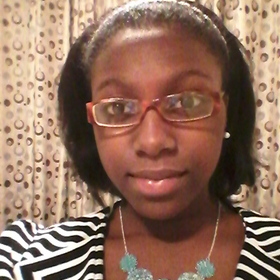 Melissa Raymond graduated from Ithaca College with a BS in Biochemistry.

Ithaca College student Melissa Raymond was named to the Dean's List for the spring 2018 semester.

Melissa Raymond, an Ithaca College student majoring in Biochemistry, is conducting research this summer as part of the School of Humanities and Sciences' Summer Scholars Program. Raymond's research...

I was elected the co-captain of the step team in the academic year 2014-2015. The previous year I was only a member of the team. As co-captain, I was in charge of collecting and budgeting the funds for the team. I also choreographed step routines and hosted events and fundraisers.
Fall 2013 - Spring 2015 - Bard High School Early College 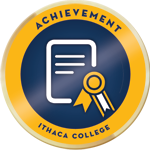 Melissa was awarded this badge for 2 achievements. Click on the stories below to view them.