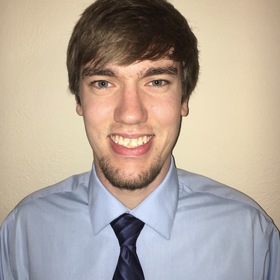 Majored in Chemistry
Bradley University, Class of 2020
From Pekin, IL

Despite facing a unique set of challenges during the COVID-19 pandemic, recent Bradley University alumni and students are still finding jobs in the workforce. Dr. Jon Neidy, the executive director ...

Michael Stewart from Pekin, IL graduated with a Bachelor of Science, while majoring in Chemistry, from Bradley University in May. Stewart was among more than 900 students who received degrees.

Michael Stewart of Pekin, IL was named to the Bradley University Spring 2019 Dean's List. Stewart is majoring in Chemistry and is among the 1700 students named to the Spring 2...

May, 28 2019 - Verified by Bradley University
Michael Stewart was recognized for an accomplishment

Under the direction of the Gift Manager and the Alumni Records & Donor Coordinator of Bradley University, I scan gift and donor documentation, prepare and send Memorial Gift Notifications to family members of the deceased, prepare Matching Gift Letters to donors whose outside employer match gifts to the University, and other responsibilities such as campus errands, filing, verifying computer data against other sources, data entry, and other duties as assigned. 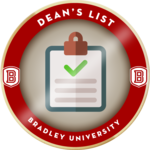 Michael was awarded this badge for 2 achievements. Click on the stories below to view them.